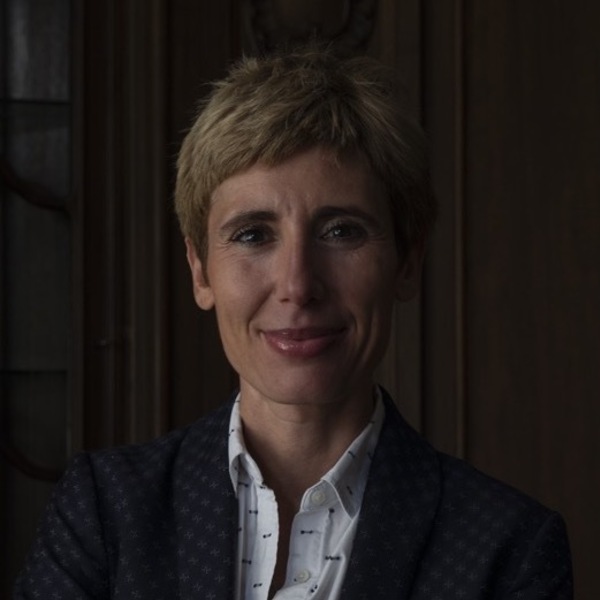 Anna Marmodoro is Professor of Philosophy and Chair of Metaphysics at Durham University, and an Associate Member of the Faculty of Philosophy of the University of Oxford. She specializes in two research areas: on the one hand, metaphysics; and on the other, ancient, late antiquity and medieval philosophy. During her visit to the Forum, she will be working on three projects:

I. Properties and their instantiation in Anaxagoras, Plato, and Aristotle
What is it, metaphysically, for a recurrent universal to be instantiated in a concrete particular? Philosophical discussion around what type of entity properties are, how they are in the world, how they recur, and how they are instantiated has been ongoing throughout the history of philosophy; but what has not been adequately studied thus far is the origin of these problems. I propose to investigate these problems in the philosophical interplay between Anaxagoras, Plato, and Aristotle. I submit that this investigation will be a game changer for how we understand their respective metaphysics. While Anaxagoras’ metaphysics of properties has generally been neglected (with notable exceptions of course), traditionally, Plato and Aristotle have been presented as holding that properties are universals (transcendent, for Plato, and immanent, for Aristotle); and both have been charged with having seriously wanting accounts of how properties are ‘in’ objects. I will show that the mainstream reception of the thought of Anaxagoras, Plato, and Aristotle, respectively, on these issues does not pay justice to them; furthermore, their positions have theoretical merits, which I want to highlight for historians of philosophy and contemporary philosophers alike.

II. Aristotle’s Stripping Away Argument after Aristotle (in the IV century)
Aristotle’s so-called ‘stripping away’ thought experiment in Metaphysics VII.3 (henceforth SAA) is a pivotal stage in the development of his theory of the constitution of substance. In this paper, I aim to show that this argument has also been deeply influential on his philosophical successors with respect to their thinking about matter. Here, I will focus in particular on some thinkers of the 4th century, in the Greek and the Latin tradition, starting from Basil and Gregory, and culminating with Calcidius, whose application of SAA leads him to a complex account of matter that is neither Aristotelian nor Platonic, but merges elements of both into one. What Aristotle’s thought experiment concludes is a matter of scholarly interpretation, so I will first argue for what I take Aristotle’s position to be (and not to be). My overarching argument is that there is no prime matter for Aristotle: I will show that (i) Aristotle’s SAA does not conclude that there is prime matter; and that (ii) when his successors apply their own version of SAA, they do not reach prime matter either. I show that Aristotle goes ‘beyond’ his own ontology in Met VII.3, arguing for subjecthood: not a subject but a metaphysical function – a meta-categorial entity. I further show there is strong textual evidence that Aristotle’s SAA influenced the development of the respective arguments of Basil, Gregory, and Calcidius. Although I argue that none of them understood the philosophical significance of Aristotle’s SAA, I further show that each of them recognised elements in SAA, which they incorporated into their respective arguments. However, each used the respective arguments they developed from SAA to serve disparate metaphysical ‘functions’ within their individual systems, and all of them differ from Aristotle’s use of the argument in his own system.

III. Augustine’s views on evil in the De Ordine
I want to carry out a philosophical analysis of Augustine’s relatively neglected early dialogue On Order, with special focus on how the so-called ‘problem of evil’ is addressed in this text. I contend that Augustine, qua author of the dialogue, puts forward an overall worldview at the core of which is the  idea that evil exists, even in a world created by a benevolent God, not as the opposite of good, but because it is a necessary constitutive element of an ordered creation. I thus interpret evil to play the role of an ineliminable constraint on God’s creation and governance of the world – something that has to be in place, for God to act as He wants. I submit that this conception of evil, as a constraint on (divine) action pursuing (divine) priorities, reveals unexplored conceptual continuity on cosmic constraints between Augustine and his classical (pagan) philosophical sources.