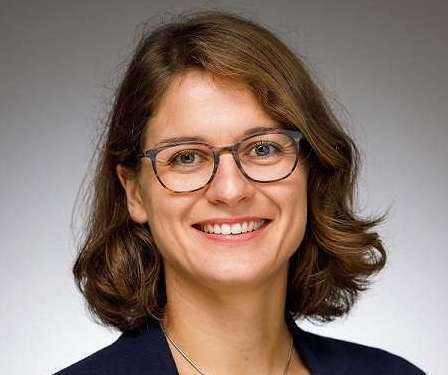 The History of Philosophy Forum congratulates Katharina Kraus, Assistant Professor in the Department of Philosophy, for being awarded a Feodor Lynen Research Fellowship for Experienced Researchers by the Alexander von Humboldt Foundation (https://www.humboldt-foundation.de).

Short Project Summary: "This project on The Life of the Mind aims to recover an Enlightenment theory of the mind. According to this theory, the mind is best understood in terms of living beings endowed with mental capacities. Through exercising these capacities in the course of life, such beings develop in a characteristically unified way and constitute themselves as persons in intra- and interpersonal contexts. For humans, these mental activities typically include acts of sensing, thinking, willing, and feeling. I call this position the Life-of-the-Mind view. This view, I shall argue, is not only an original theory within modern philosophy that has been largely ignored by historians of philosophy. It also presents, in systematic respects, a viable alternative to what are commonly perceived as the two dominant views in modern philosophy, namely to (a) ontological foundationalism (e.g., materialism and dualism) and to (b) representational subjectivism. The study will explore two Enlightenment versions of the Life-of-the-Mind view, namely the Leibnizian metaphysical version and the Kantian normative version, and two accounts from the post-Kantian era, namely Wilhelm Dilthey’s vitalist-hermeneutical version and Edith Stein’s psychic-causal version."