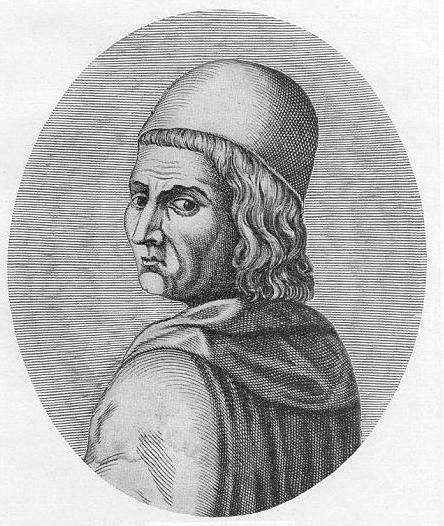 This week's presenter is our visiting scholar, Anna Corrias.

Title: Marsilio Ficino on Theophrastus on the Intellect

Abstract: Ficino translated Priscian of Lydia’s Metaphrasis in Theophrastum into Latin and the final version of this translation was published in Venice in 1497 together with his commentary. In this short work, Theophrastus, described “potentiality” as the nous pathetikôs’s capability for selfactualisation and the nous pathetikôs itself as a fully-fledged thinking substance. In Ficino’s eyes, this view seemed to rehabilitate Aristotle’s nous pathetikôs by making it inherently intellectual, that is, epistemically independent from the nous poietikôs. In particular, Theophrastus appeared to Ficino as the interpreter who could rescue Aristotle from the perverting hermeneutics of Averroes, whom Ficino attacked in different works. As interpreted by his Latin readers, Averroes denied that the individual human mind is intellectual and immortal by nature. For not only did he believe that the knowledge we acquire on earth would, after our death, be reabsorbed into the unique and separate nous pathetikôs, which he thought of as existing as a unity separate from all individual minds (the doctrine famously called “monopsychism”), but he also advocated the view that the act of understanding is not individually owned but occurs in the mind through sporadic contact between the phantasmata in the cogitative faculty and the intelligible forms in the nous pathetikôs. view appalled Ficino, who believed in the inherent capacity of the mind for intellection. Ficino’s claim was that Averroes had described Aristotle’s pathetikôs in terms of pure potentiality, making it as close to nothingness as matter, thus downgrading the mind from its privileged place to the very lowest position in the scale of being. This paper explores how Ficino used Theophrastus’s view of the intellect against Averroes’s monopsychism and how he regarded Theophrastus as a genuine Aristotelian –– one that had preserved Aristotle’s true psychology, stripped of all those distortions which had turned Aristotle into the most famous opponent of Plato.

For more information about the workshop, please email Dylan MacFarlane (dmacfarl@nd.edu). We hope to see you there!